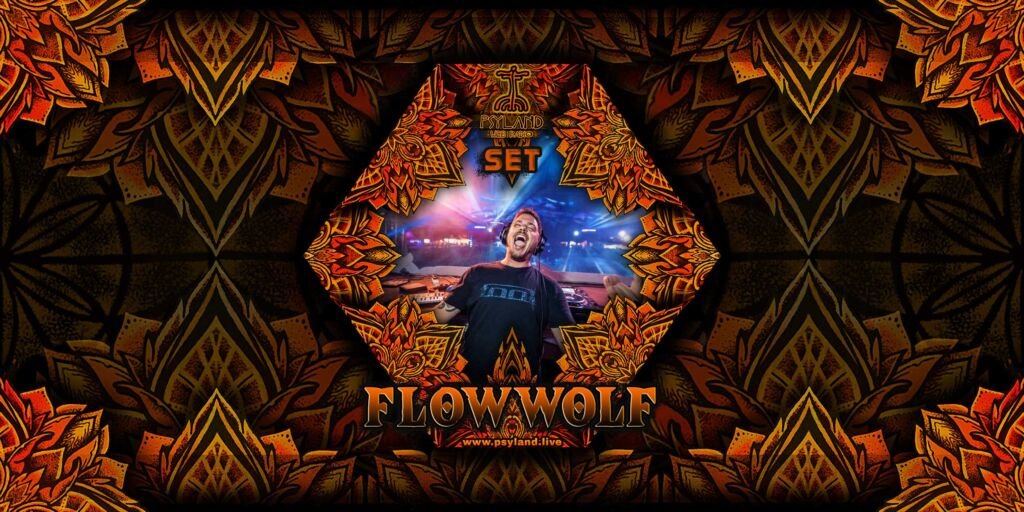 FlowwolF is a highly experienced Live Act and DJ.
At first, he learned the piano, studied music, learned to play the guitar, bass, percussion, and graduated in drums. After many band projects in his early years, different jamming constellations, hundreds of recordings, and shows also Electronic Music, especially Psytrance characterized his following work as a musician.

In accordance with the first released tracks through different Compilations, his first contract was signed in 2018 at Tendance Music, debut EP, and debut Album followed quickly. Sunna Records, Enterrec. and Ovnimoon Records shall also be mentioned as formative label bases. He is constantly recording and producing in all styles of Psychedelic Trance.